Gauls, Frenchmen, people of Gaul in a body, and as the name of a people is often used where according to later usage the name of their country would be found, the word may be translated Gaul, France; Galli, Gallia
Show examples
Similar entries
v. Gallias.
Entry information
Citation 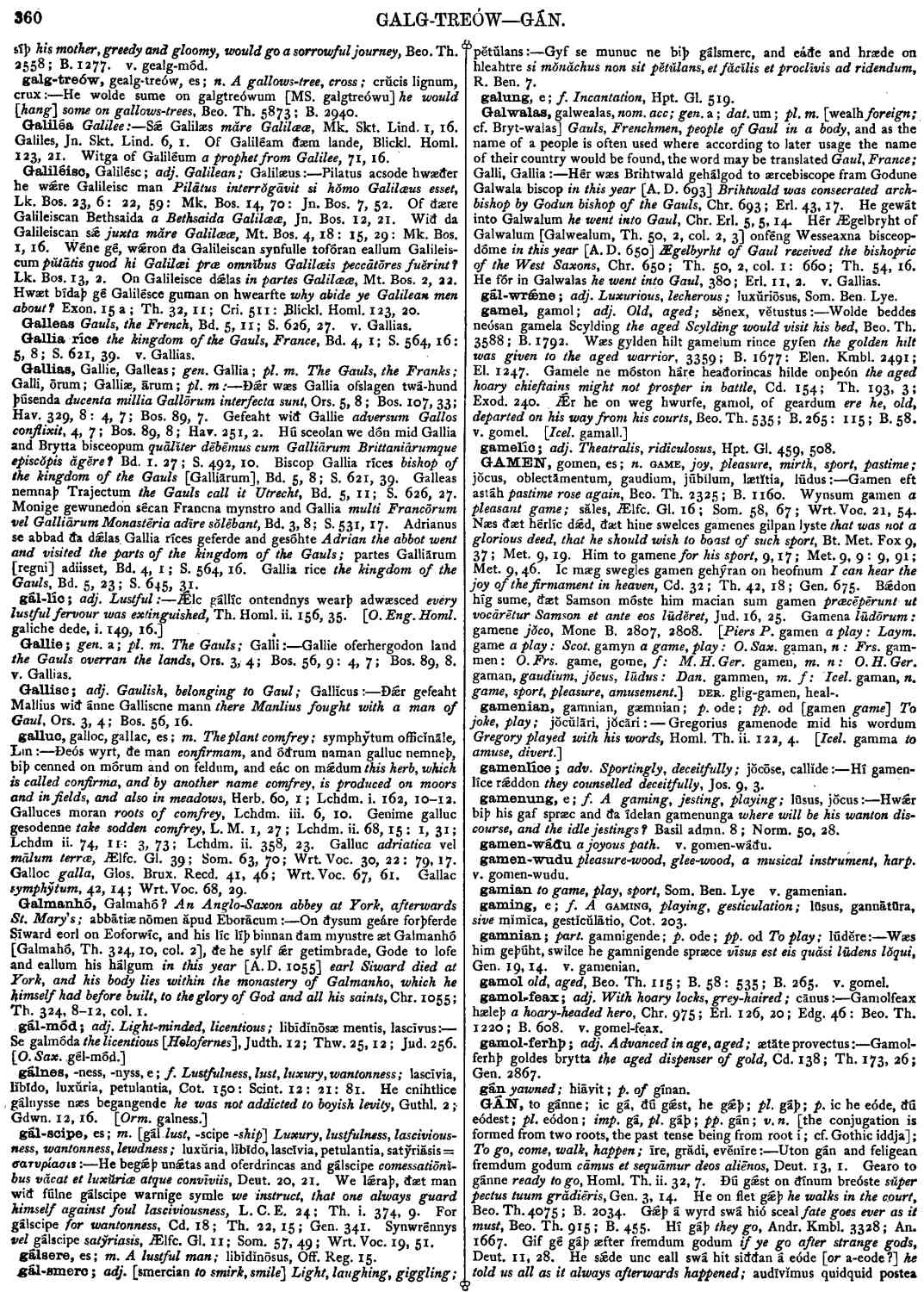