O. L. Ger. thianust, thienest, O. H. Ger. dionóst, Icel. þjónusta are to verbs thionón, dionón, þjóna respectively; or(?) þénest, þeónest the English form corresponding to the nouns given above. The passage in which the word occurs separately refers to Germany, so perhaps the German form has been borrowed(?): where it occurs as the first part of a compound the form is þeónest; in the same passage, which is late, eó is written where é is the more regular form, as heót for hét; perhaps, however, the Scandinavian form has influenced the English) Service
Show examples
Entry information
Citation 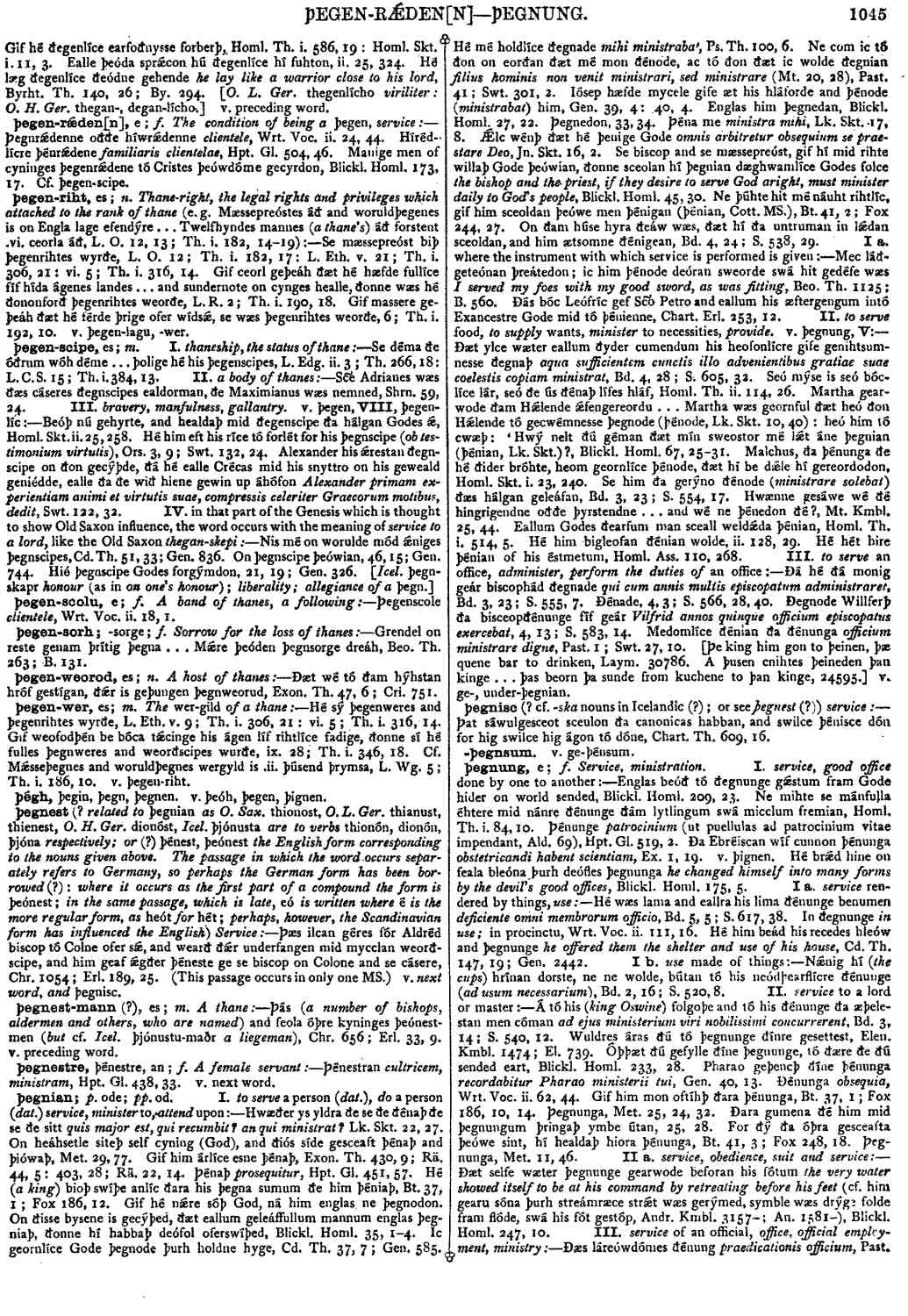