A man employed by the monks of Whitby in the care of their cattle in the early part of the seventh century. He is the first person of whom we possess any metrical composition in our vernacular language. So striking and similar are some of his thoughts to Paradise Lost, it has been supposed that Milton had read his Poems. He became a monk of Whitby, and died in the monastery about A. D. 680. A full account is given of him in Bede's History, bk. iv. ch. 24. The origin of his Poem is thus recorded in king Alfred's Anglo-Saxon version of Bede
Show examples
Cædmon was first published by Junius, from the Bodleian MS. the only one in existence. Junius published the Anglo-Saxon text only at Amsterdam in 1655, without a translation, in very small 4to, pp. 116. It was again published by
B. Thorpe, 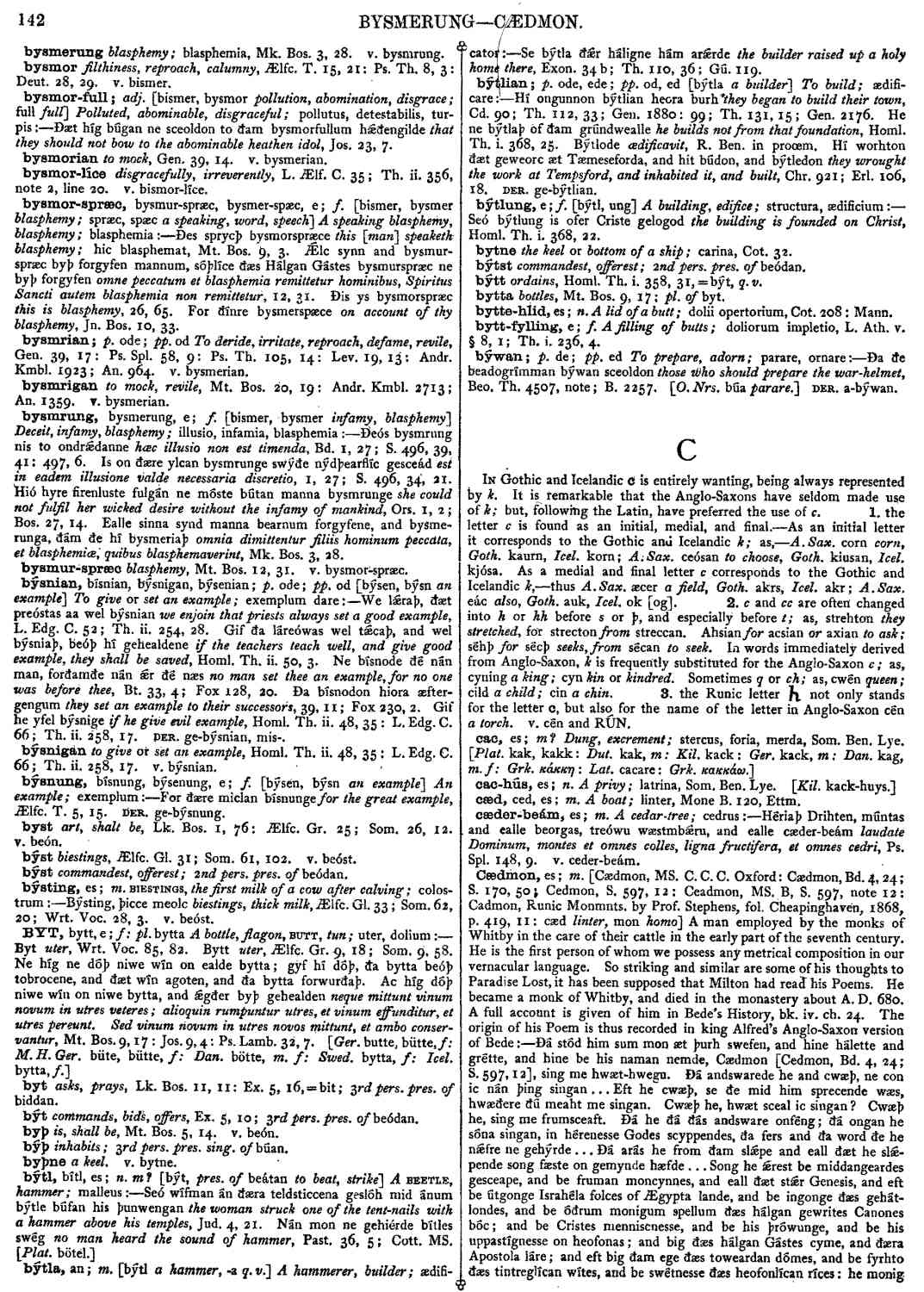