At the end of syllables, and between two vowels, the Anglo-Saxon f is occasionally represented by u, the present English v; it is, therefore, probable that the Anglo-Saxon f in this position had the sound of our present v, as Luu, luf = lufu love; fíf five; hæuþ, hæfþ haveth; Euen, efen even. In the beginning of Anglo-Saxon words, f had the sound of the English f, as Fíf five, finger finger, finn fin, fisc fish . The Rune ᚠ not only stands for the letter f, but for Feoh, which, in Anglo-Saxon, signifies money, wealth. v. feoh IV and RÚN.
Entry information
Citation 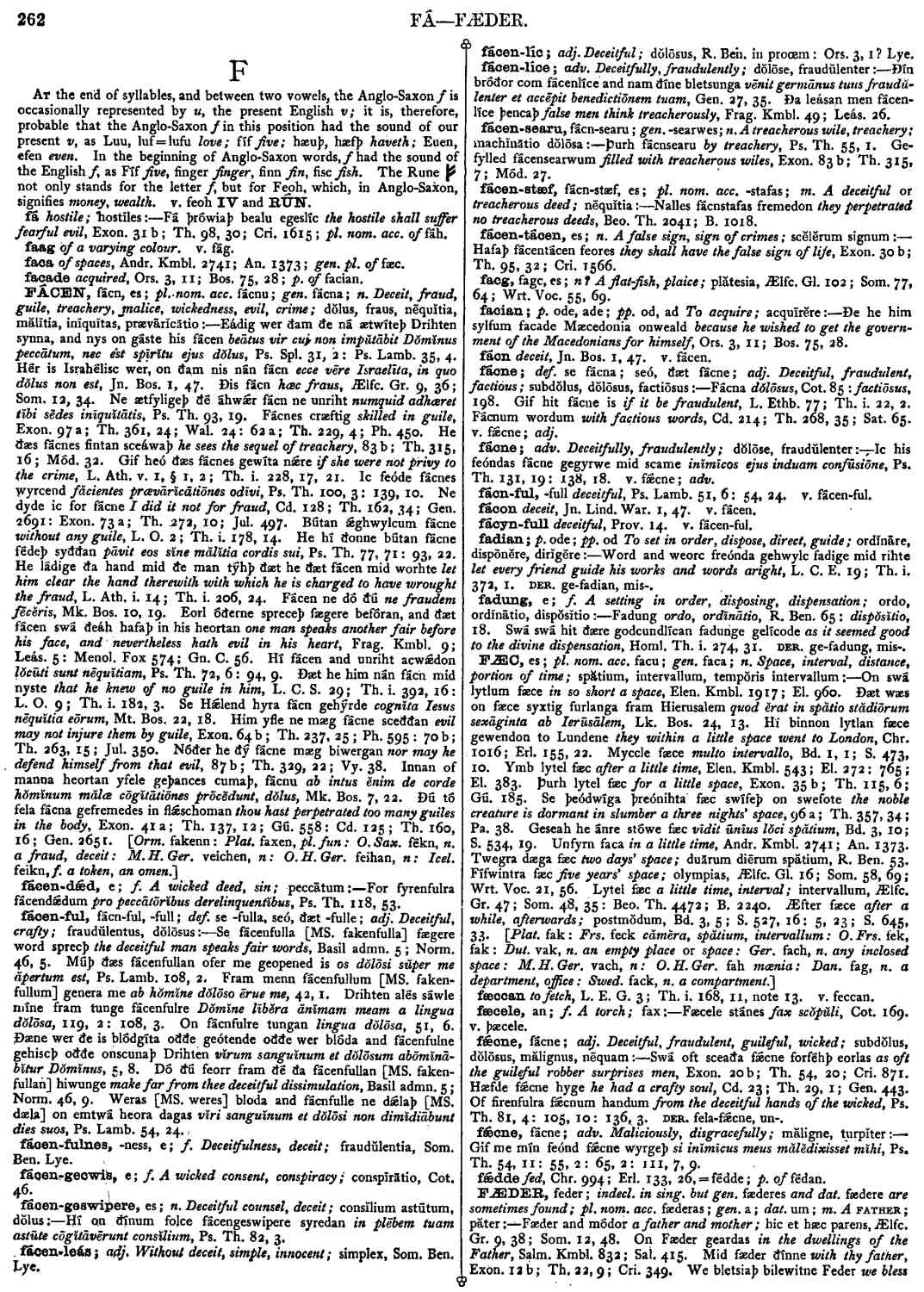