Etymology
As a prefix to numerals from 70 to 120 is a shortened form of the word which appears, in
Gothic as téhund, taihund [v. preceding word], and may be explained decade.
O. Sax. prefixes ant [ = hund?],
in
O. Frs. the prefix is t,
and a trace of such forms is yet left in
the Modern Dutch t-achtig = 80
. On these numerals March remarks
'Gothic has sibun-téhund.
The Anglo-Saxon form was once hund-seofonta [decade seventh]
, like
O. Sax. ant-sibunta.
The -ta changed to -tig through conformation with the smaller numbers, and hund-, whose meaning had faded, was retained as a sign of the second half of the great hundred.' Grammar, p. 75. See also Helfenstein's Comparative Grammar, p. 229. For the great hundred [120] cf.
Icel. tólfrætt hundrað as distinguished from tírætt hundrað.
See Cl. and Vig. Dict. hundrað.
Linked entries
v.  HUND.
Entry information
Citation 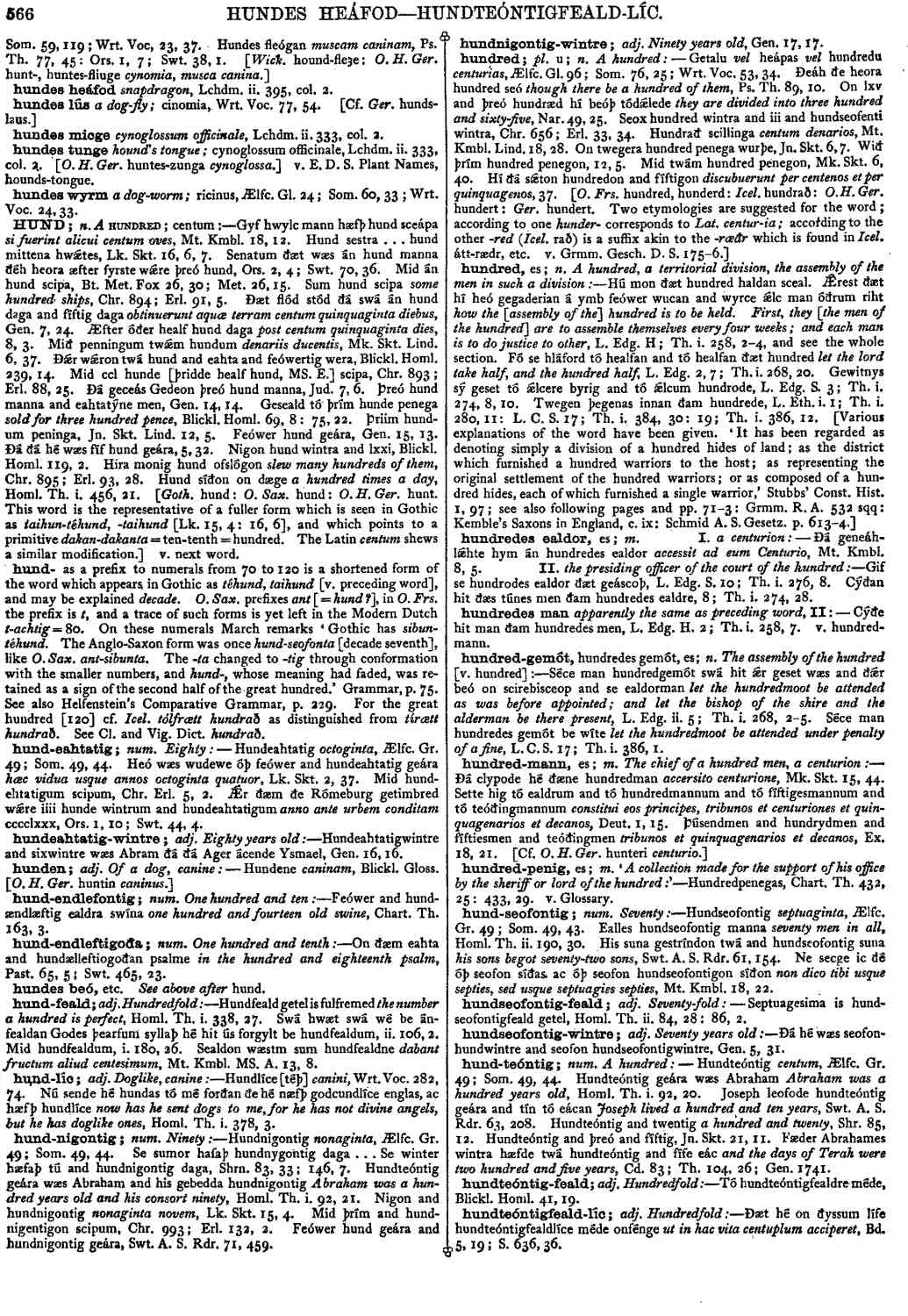