In the later specimens of the West Saxon dialect those words in which the vowel a immediately preceded a combination of consonants beginning with 1 are generally found to have undergone a change which was represented by writing ea instead of a. This change does not occur to the same extent in the earlier specimens, and seems not to occur at all in the Northumbrian dialect, or in the kindred languages. Thus in the translation of Gregory's Pastoral Care and in the Parker MS. of the Chronicle alle, onwald are found as well as ealle, onweald, while in Ælfric's Homilies they are regularly written in the latter form. So the West Saxon forms, healdan, sealt, healf, are found in the Northumbrian Gospels as halda, salt, half, and in Gothic, O. Sax., Icel., O. H. Ger. the vowel also is a. In the Runic alphabet the character, which in name and form agrees with the Scandinavian rune ᛚ , lögr, was ᛚ , lagu. The same name seems to have been given to the corresponding letter in the Gothic alphabet, though it occurs only in a, corrupt form laar = lagus. The meaning of this word may be seen from the verses in the Runic poem that are devoted to the letter:
Lagu byþ leódum water to wanderers langsum geþuht wearisome seemeth gif hí sculun néþan if they must venture on nacan tealtum on vessel unsteady and hí sæýþa and them the sea-waves swýðe brégaþ sorely affright and se brimhengest and the sea-horse bridles ne gýmþ steering despiseth.   Runic pm. 21; Kmbl. 343, 19-26.
Entry information
Citation 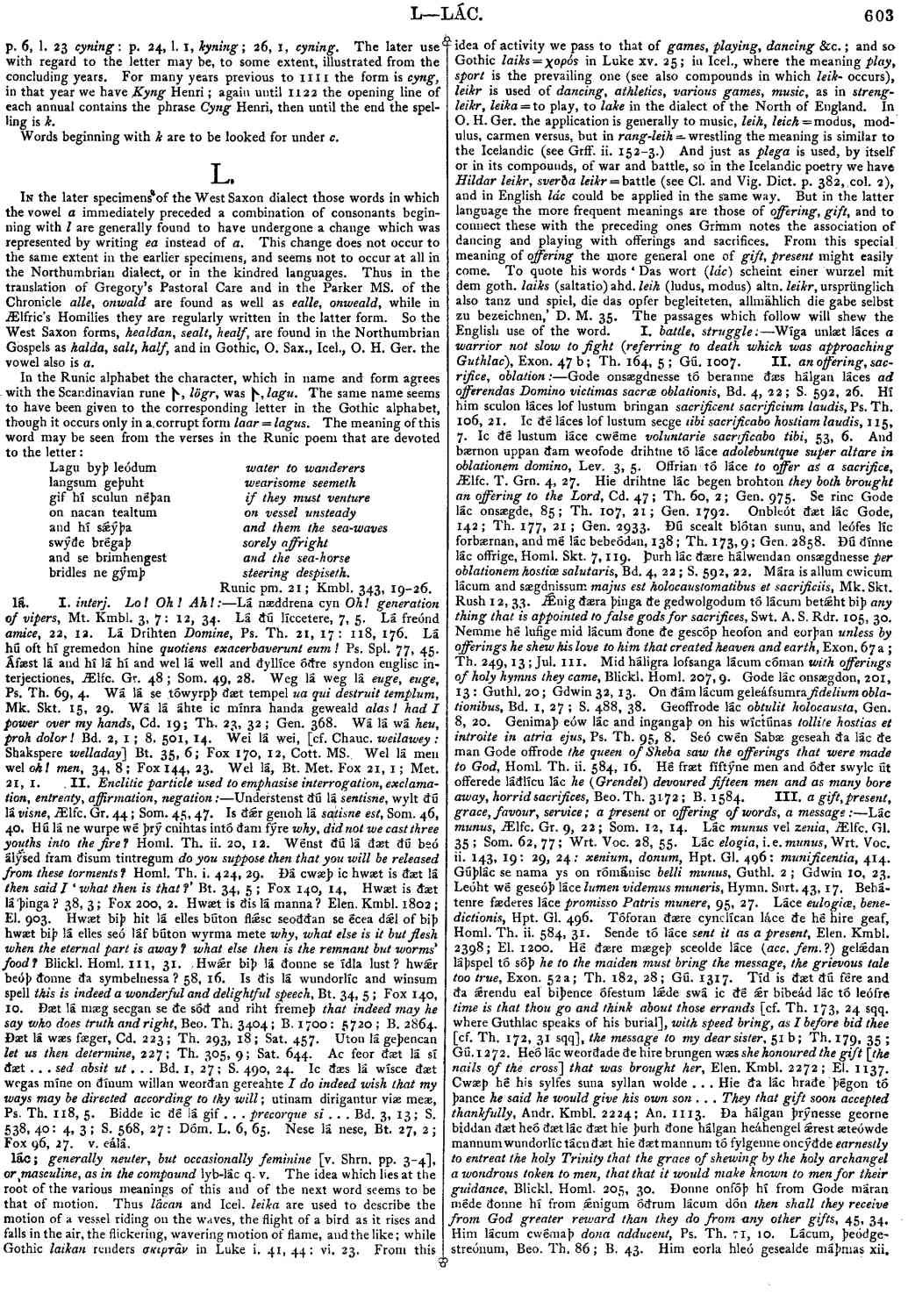