a preposition, originally meaning with, but found only as a prefix. v. In accordance with this meaning it often gives a collective sense to nouns to which it is prefixed, as,
Ge- sometimes gives to a neuter verb an active signification,
Show examples
Show examples
On this power of ge-, Mr. Earle, in , remarks 'A strong instance is ge-winnan [1090] = to win; which sense, now so intimately identified with this root, is not in the simple verb winnan, until compounded with ge-. Winnan is to toil, fight, contend; ge-winnan is to get by striving, fighting, contending, i. e. to win, ' 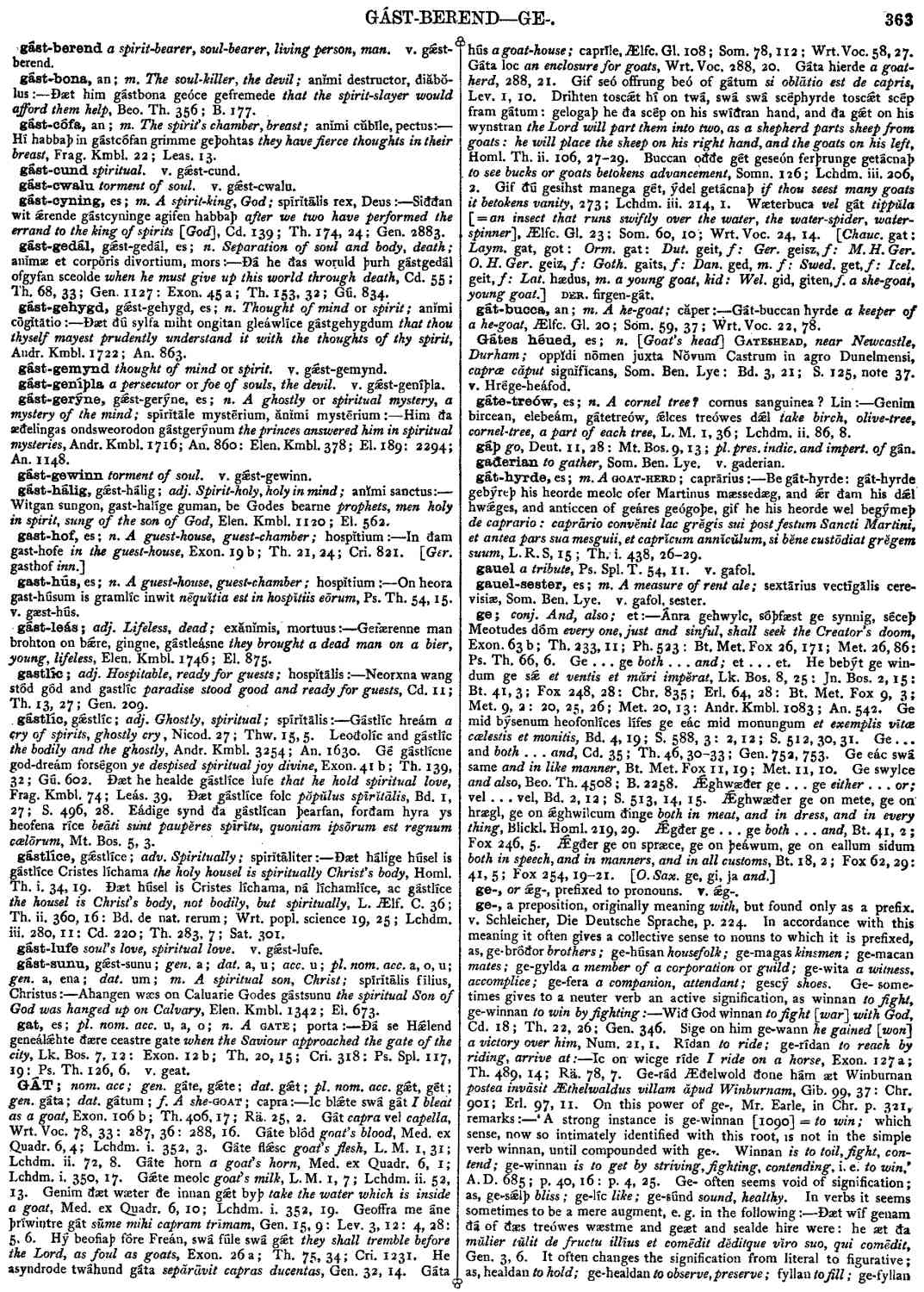